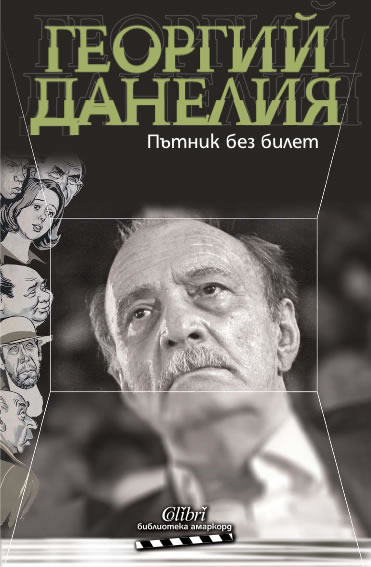 A Traveler without a Ticket

Georgi Daneliya tells funny behind the scenes stories as well as true stories from life.

Daneliya graduated from the Moscow Architecture Institute and worked as an architect. In 1956, he entered the Higher Director’s Courses at the Mosfilm Studio where his teachers were Mikhail Romm, Sergei Yutkevich, Leonid Trauberg, Yuli Raizman, and Mikhail Kalatozov.

His 1964 feature I Step Through Moscow, starring Nikita Mikhalkov, is one of the most characteristic films of the Khrushchev Thaw. Among Daneliya's most popular movies are Mimino (1977), about a Georgian pilot's adventures in Moscow, and The Autumn Marathon (1979), about a translator vacillating between his wife and mistress. In 1986 he directed a sci-fi film, Kin-dza-dza!.

In 1976, he was a member of the jury at the 26th Berlin International Film Festival.

Most of his films featured his then-wife Lyubov Sokolova, whom the Guinness Book of Records cites as the most prolific film actress, and his friend Yevgeny Leonov. Daneliya was named a People's Artist of the USSR in 1990.

More recently, he married film director Galina Yurkova, has been involved in animation projects and was given the Lifetime Achievement Award by the Russian Academy of Cinema Arts.

Georgi Daneliya is the author or co-author of scripts to most of his films.