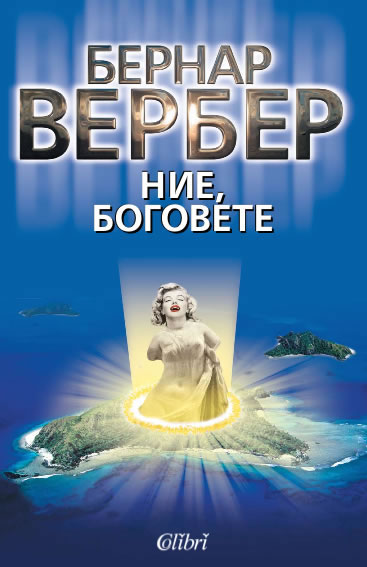 Some share, far, very far, is an island which its inhabitants call Aeden. There, perched on a high plateau, a city: Olympie. In its heart, a strange institution, the school of the Gods, and its professors: twelve gods of Greek mythology, charged to teach art to manage crowd of human to give them the desire for surviving, for building cities, for making the war, for inventing religions or for raising the level of their conscience. New promotion? Hundred quarante-quatre pupils gods who will have to clash through their people, their prophets, each one with his style of divinity. But the life on Aeden is not the paradise. A pupil tries to kill his congeneric, another fell insane in love with most tempting from the professors, Aphrodite, goddess of the love, and all wonder which is this light up here on the mountain which seems to supervise them... After Thanatonautes and the Empire of the angels, Bernard Werber involves us still further in the discovery of spiritualities and mythologies. At the end of this extraordinary saga where mix adventure, suspense and humour, you will be posed, you also, the question: "And me, if I were God, I would do what?