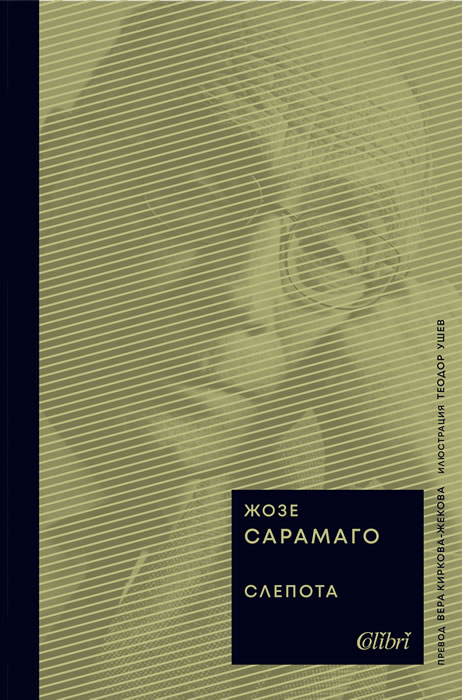 Blindness (Portuguese: Ensaio sobre a cegueira, meaning Essay on Blindness) is a novel by José Saramago. It is one of his most famous novels, along with The Gospel According to Jesus Christ and Baltasar and Blimunda.

Blindness is the story of an unexplained mass epidemic of blindness afflicting nearly everyone in an unnamed city, and the social breakdown that swiftly follows. The novel follows the misfortunes of a handful of characters who are among the first to be stricken and centers around a doctor and his wife, several of the doctor’s patients, and assorted others, thrown together by chance. This group bands together in a family-like unit to survive by their wits and by the unexplained good fortune that the doctor’s wife has escaped the blindness. The sudden onset and unexplained origin and nature of the blindness cause widespread panic, and the social order rapidly unravels as the government attempts to contain the apparent contagion and keep order via increasingly repressive and inept measures.

The first part of the novel follows the experiences of the central characters in the filthy, overcrowded asylum where they and other blind people have been quarantined. Hygiene, living conditions, and morale degrade horrifically in a very short period, mirroring the society outside.

Anxiety over the availability of food, caused by delivery irregularities, acts to undermine solidarity; and lack of organization prevents the internees from fairly distributing food or chores. Soldiers assigned to guard the asylum and look after the well-being of the internees become increasingly antipathetic as one soldier after another becomes infected. The military refuse to allow in basic medicines, so that a simple infection becomes deadly. Fearing a break out, soldiers shoot down a crowd of internees waiting upon food delivery.

Conditions degenerate further, as an armed clique gains control over food deliveries, subjugating their fellow internees and exposing them to rape and deprivation. Faced with starvation, internees do battle and burn down the asylum, only to find that the army has abandoned the asylum, after which the protagonists join the throngs of nearly helpless blind people outside who wander the devastated city and fight one another to survive. The story then follows the doctor and his wife and their impromptu “family” as they attempt to survive outside, cared for largely by the doctor’s wife, who still sees (though she must hide this fact at first). The breakdown of society is near total. Law and order, social services, government, schools, etc., no longer function. Families have been separated and cannot find each other. People squat in abandoned buildings and scrounge for food; violence, disease, and despair threaten to overwhelm human coping. The doctor and his wife and their new “family” eventually make a permanent home and are establishing a new order to their lives when the blindness lifts from the city en masse just as suddenly and inexplicably as it struck.