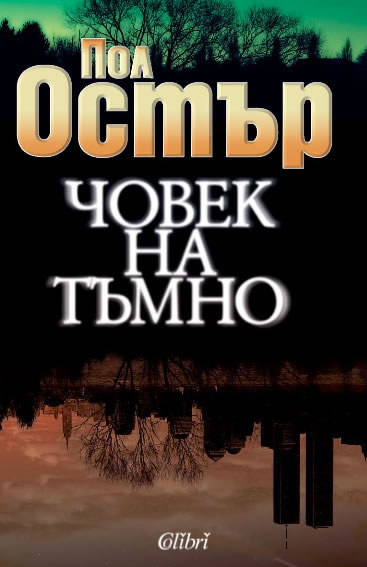 Man in the Dark

Quite a few of Auster's novels have a surreal quality. Man in the Dark does too. In this case, it's an almost science fictional scenario - an alternate America where civil war has broken out and the United States has become the Disunited States.

This imagined world exists only in the mind of August Brill, an elderly man (in the real world) lying in bed recovering from an accident that has left him immobile. There's an interesting recursive aspect to the alternate America scenario (which I won't elaborate on here for fear of giving away the plot) that adds a further surreal dimension to the story. Brill's imaginary excursions into this parallel world are interspersed with comparatively mundane real world scenes that begin to paint a picture of his views, his life and his family.

The parallel reality aspect of the story ends about two thirds of the way through the book, which is a shame because I found the whole concept quite fascinating and very entertaining. Most of the rest of the book consists of a discussion between Brill and his granddaughter Katya in which Brill recounts the story of his marriage and Katya grapples with guilt over the death in Iraq of her former boyfriend who was kidnapped and murdered by terrorists.

For me, America's military involvement in Iraq is the major theme of the book. In Brill's alternate reality, the Twin Towers remain standing and America does not go to war in Iraq. Instead, it self-destructs. In the real world, American soldiers die fighting and others (like Katya's boyfriend) die simply because they're Americans in the wrong place at the wrong time. The implication seems to be that America's interventionist foreign policy is an alternative to the complete breakdown of national unity; that war somehow holds the nation together, albeit tenuously. I don't think Auster is advocating the policy, but rather asking whether it's really worth it even if the alternative is confronting some pretty unpleasant realities at home.

Man in the Dark is Auster's most political book to date, but it's not ponderous or sanctimonious. It's fundamentally a story about a man and his family. The politics kind of lurks in the background. It's a book that needs to be read more than once, I think (and it's short enough for that not to be a burden). I enjoyed it a lot. It's provocative and imaginative, as good literature should be.