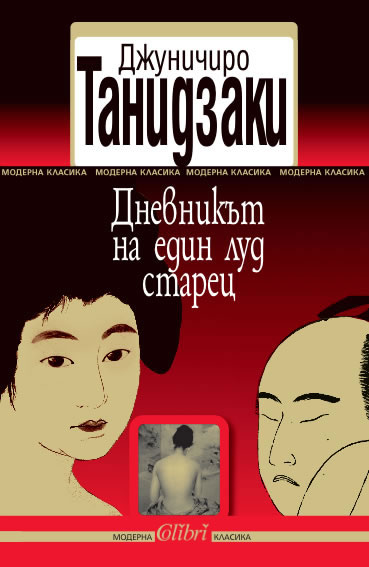 Diary of a Mad Old Man

"Seventy-seven-year-old Utsugi, a retired businessman, is the protagonist and diarist of this book. Various aches and pains plague him, but his spirits are buoyed by a growing erotic obsession with his daughter-in-law, Satsuko, a former nightclub dancer married to his workaholic son. She carelessly flirts with Utsugi off and on. This short novel alternates between descriptions of our hero's haggling with the medical establishment and various medicines, fights with his wife and family, and encounters with Satsu. Diary of a Mad Old Man was published in 1965, late in the great Japanese novelist's career, but its theme of the relationship between sexual desire and the will to live is familiar in much of his other work."

Jun'ichirō Tanizaki (谷崎 潤一郎 Tanizaki Jun'ichirō, 24 July 1886 – 30 July 1965) was a Japanese author, one of the major writers of modern Japanese literature, and perhaps the most popular Japanese novelist after Natsume Sōseki. Some of his works present a rather shocking world of sexuality and destructive erotic obsessions; others, less sensational, subtly portray the dynamics of family life in the context of the rapid changes in 20th-century Japanese society. Frequently his stories are narrated in the context of a search for cultural identity in which constructions of "the West" and "Japanese tradition" are juxtaposed. The results are complex, ironic, demure, and provocative.