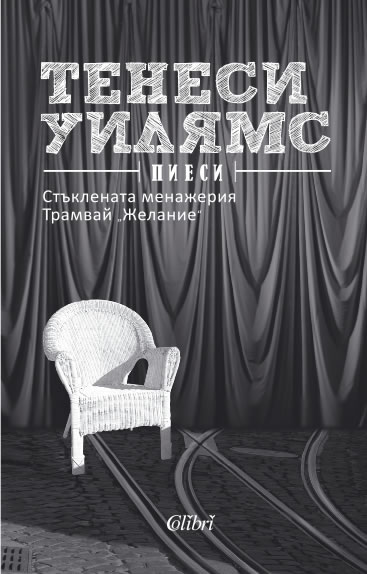 The Glass Menagerie is a four-character memory play by Tennessee Williams. Williams worked on various drafts of the play prior to writing a version of it as a screenplay for MGM, to whom Williams was contracted. Initial ideas stemmed from one of his short stories, and the screenplay originally went under the name of 'The Gentleman Caller' (Williams envisioned Ethel Barrymore and Judy Garland for the roles that eventually became Amanda and Laura Wingfield although Louis B. Mayer insisted on casting Greer Garson as Laura).

A Streetcar Named Desire is a 1947 play written by American playwright Tennessee Williams for which he received the Pulitzer Prize for Drama in 1948. The play opened on Broadway on December 3, 1947, and closed on December 17, 1949, in the Ethel Barrymore Theatre. The Broadway production was directed by Elia Kazan and starred Marlon Brando, Jessica Tandy, Kim Hunter, and Karl Malden. The London production opened in 1949 with Bonar Colleano, Vivien Leigh, and Renee Asherson and was directed by Laurence Olivier.

Tennessee Williams (born Thomas Lanier Williams, March 26, 1911 – February 25, 1983) was an American writer who primarily worked in American theater writing plays. He also wrote short stories, novels, essays and occasional screenplays. His professional career lasted from the mid 1930s to his death in 1983; during this time he wrote many plays that have become regarded as classics of the American stage. He received many of the top theatrical awards for his works of drama, including a Tony Award for best play for The Rose Tattoo in 1951 and the Pulitzer Prize for Drama for A Streetcar Named Desire in 1948 and Cat on a Hot Tin Roof in 1955. In 1980 he was presented with the Presidential Medal of Freedom by President Jimmy Carter.