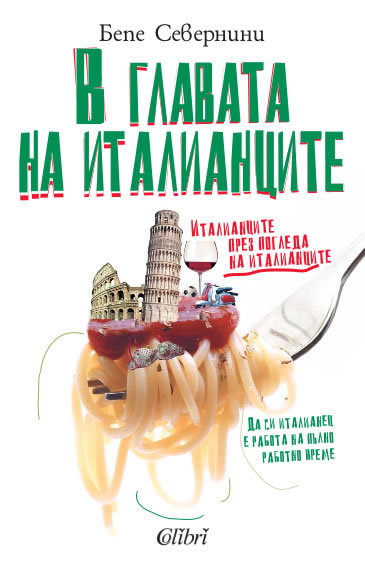 La Bella Figura: A Field Guide to the Italian Mind

Join the bestselling author of Ciao, America! on a lively tour of modern Italy that sees behind the seductive face it puts on for visitors (la bella figura) to its maddening, paradoxical true self.

You won't need luggage for this hypothetical and hilarious trip into the hearts and minds of Beppe Severgnini's fellow Italians. In fact, Beppe would prefer if you left behind the baggage his crafty and elegant countrymen have smuggled into your subconscious. To get to his Italia, you'll need to forget about your Italy of travel-agency posters. Although La Bella Figura will take you to big cities and scenic regions, your real destinations are the places where Italians are at their best, worst, and most authentic: the chaos of the roads, the anarchy of the office, the theatrical spirit of the hypermarkets, and garrulous train journeys; the sensory reassurance of a church and the importance of the beach; the solitude of the soccer stadium, and the crowded Italian bedroom; the vertical fixations of the apartment building, and the horizontal democracy of the eat-in kitchen.

Ten days, thirty places. From north to south. From food to politics. From the sheepfold of morality to the televisual zoo. This ironic, methodical and sentimental examination will help readers understand why Italy-as Severgnini says-"can have you fuming and then purring in the space of a hundred meters or ten minutes."

Born in Crema, Severgnini graduated in law at the University of Pavia. His career in journalism began when, aged 27, he joined the Milan daily newspaper Il Giornale, headed by Italian-journalism legend Indro Montanelli, and he quickly became the paper's London correspondent. In the period leading up to the fall of communism, he worked as special correspondent from Russia, China and several Eastern European countries. When Montanelli left Il Giornale to found La Voce, Beppe followed his mentor. Following the failure of Montanelli's ambitious project at La Voce, Severgnini joined the Corriere della Sera, Italy's biggest newspaper, for which he currently writes. Since 1998, he has written a daily column for the Corriere della Sera called "Italians". The column has grown into a web forum and is among the most widely read Italian sites on the Internet, often featuring emails from Italian expatriates. Severgnini is also a writer for La Gazzetta dello Sport. He appears on radio and TV programs, for RAI and the BBC, and he is host of a debate program on SKY TG24. Every morning, at 8.30, P&C listen to him talking for few minutes at the Italian radio station "Radio Montecarlo" for his daily programme called "Italians". Between 1996 and 2003, he was the correspondent from Italy for The Economist.

His books, published in Italy by Rizzoli, are mainly about his experiences living and working abroad. He has also written three books about Inter Football Club, of which he is a well-known supporter.