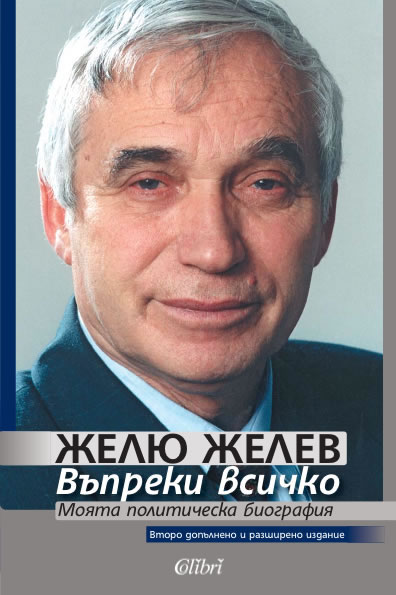 This is the second edition of the autobiography of Zhelyu Zhelev, Bulgaria's first democratically elected president after the fall of communism.

Categories
SocietyHistory
About the Author

Zhelyu Mitev Zhelev (Bulgarian: Желю Митев Желев) (born March 3, 1935) is a Bulgarian politician and former dissident who was President of Bulgaria from 1990 to 1996. Zhelev was born in the village of Veselinovo. He graduated in philosophy from the Sofia University "St. Kliment Ohridski" in 1958 and later earned a Ph.D. in 1974. In 1988 he founded the Ruse Committee and a year later became a founding member and chairman of the Club for Support of Glasnost and Restructuring, which propelled him to the position of Chairman of the Coordinating Council of the Union of Democratic Forces. He was elected MP in the 7th Grand National Assembly, which elected him President of the Republic of Bulgaria on August 1, 1990. In January 1992 he became the first democratically elected Bulgarian President.

Zhelev has written a number of books and publications, the most notable one being his controversial 1982 work "Fashizmat" (Bulgarian: Фашизмът; "The Fascism").