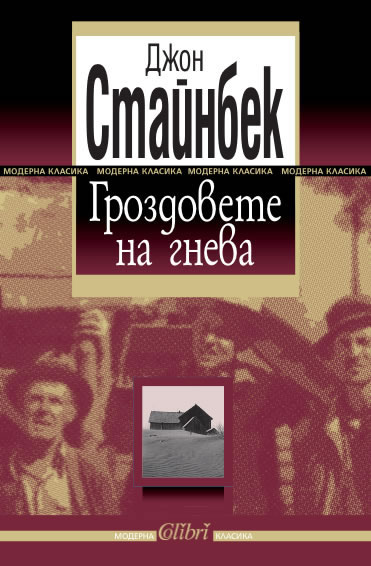 The Grapes of Wrath

The Grapes of Wrath is a novel published in 1939 and written by John Steinbeck, who was awarded the Pulitzer Prize in 1940 and the Nobel Prize for Literature in 1962. Set during the Great Depression, the novel focuses on the Joads, a poor family of sharecroppers driven from their Oklahoma home by drought, economic hardship, and changes in financial and agricultural industries. Due to their nearly hopeless situation, and in part because they were trapped in the Dust Bowl, the Joads set out for California. Along with thousands of other "Okies", they sought jobs, land, dignity and a future. When preparing to write the novel, Steinbeck wrote: "I want to put a tag of shame on the greedy bastards who are responsible for this [the Great Depression and its effects]." The book won Steinbeck a large following among the working class, perhaps due to the book's sympathy to the worker's movement and its accessible prose style.

The Grapes of Wrath is frequently read in American high school and college literature classes. A celebrated Hollywood film version, starring Henry Fonda and directed by John Ford, was made in 1940; the endings of the book and the movie differ greatly.