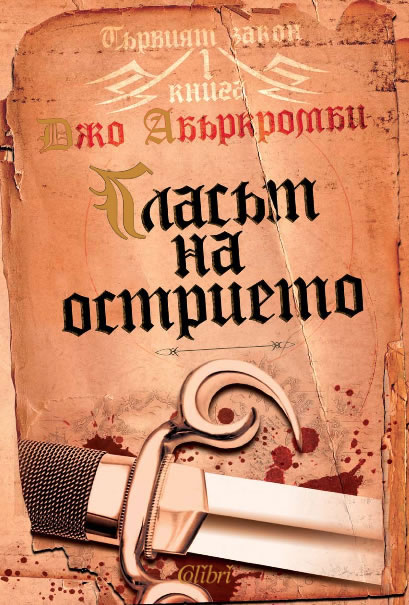 Long on intrigue, stark and direct, from a quality standpoint Abercrombie's debut fits well within the upper reaches of the fantasy genre and produces a number of decent mysteries for books two and three of the trilogy. Abercrombie has put a new spin on the typical medieval fantasy fare.

First, his main characters are both archetypal, and not. There are six primary ones: Collem West, the low-born, capable, hardworking warrior who has accomplished a great deal in the caste-bound military system of the main setting for the novel, the empire known as the Union; Ferro Maljinn, a warrior woman from the south who has seen war, death, and an existential threat to all mankind but knows only hate; Jezal Luthar the gifted swordsman who typifies the courtier-set until his mindset is changed by a no-nonsense love interest; the Dogman, a Norse-type warrior from the North who fights with a perpetually feuding band of brothers that wishes to save the world from two horrible dangers; Logen Ninefingers, a barbarian warrior who has far more human frailties than Conan; and Sand dan Glokta, the Inquisitor.

Glokta is Abercrombie's best character -- a hero of the Union, champion swordsman, he was captured during a previous war and physically shattered such that as a 35-year old man, his appearance and motor skills are closer to someone three times his age. But his mind works well -- he is sharp, biting, cruel, courteous, and bitter by turns.

This volume has some action (fights, duels, small battles, some magic), and hints at the overall plot (the plot points are really a bunch of dots on paper, without a lot of connecting lines yes), but primarily sustains its momentum with intrigue and detail to set up the remaining books. Abercrombie's writing is direct, coarse (lots of epithets), frequently funny, and often dark.

All told, a fine beginning.