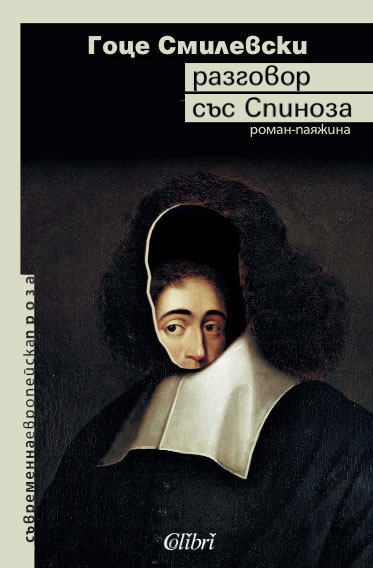 At the deathbed of 17th-century philosopher Baruch Spinoza, "you," a kind of theoretical interlocutor, notices a teardrop on the dead man's cheek—of which his spirit then denies the existence. Thus begins Macedonian novelist Smilevski's fourth novel (his first translated into English), which uses Spinoza's work as a way into his scantily documented life. In order "to understand my contempt for tears," Spinoza goes on to tell his life story: the early death of his mother, his rejection of all romance, the books he wrote and the ideas he cultivated—it's a life free from emotion or desire, lived according to his ideals. At the end, the interlocutor demands a retelling, one told by the Spinoza "who knew what despair and sorrow really meant"—and gets it. Not only does Smilevski fulfill the difficult task of explaining Spinoza's dense ideas, dropping sly references to Darwin and Kundera into 17th-century Dutch life but he makes a hidden life wonderfully manifest. -- Reed Business Information

"A young heir to Gunter Grass and Jose Saramago, Smilevski might be the newest of a rare thing -- a living European novelist with a message for the future of his continent." - Joshua Cohen, Forward.

Goce Smilevski was born in Skopje, in 1975.He was educated at the Charles University in Prague, at Central European University in Budapest and at Ss. Cyril and Methodius University in Skopje. He is the author of the novels CONVERSATION WITH SPINOZA and SIGMUND FREUD'S SISTER.