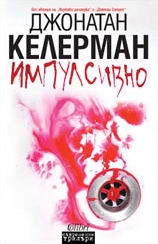 L.A. psychologist Alex Delaware’s insights into human behavior once again prove invaluable to his friend, Lieutenant Milo Sturgis. In the duo’s twenty-first crime outing, narrated as usual by Delaware, a stolen black luxury car provides the two with the first link in a case of brutal murders that ultimately leads to one of Kellerman’s most warped villains. When Sturgis is called in by a young officer to consult on a bloodstain found in a recovered Bentley, Delaware rides along, as he does later when Sturgis hurries to the scene of the brutal stabbing of an elderly woman, which took place in broad daylight. The perpetrator of this second crime was identified as an elderly man driving a pricey black car. Add to this the mystery of a missing thirtysomething party girl, and there’s plenty to occupy investigators. Though their path to success seems less grounded than usual, the comfortable banter that has helped make Delaware and Sturgis such durable crime-story heroes is as rapid-fire, keen, and wryly funny as ever, and the mystery they aim to solve is certainly not routine. Enhanced by an assortment of quirky supporting characters cut from vintage Kellerman cloth, this is a genuine page-turner sure to please the author’s legion of devoted fans. --Stephanie Zvirin

Jonathan Kellerman (born August 9, 1949) is an American psychologist, and Edgar Award winning author of numerous bestselling suspense novels. His writings on psychology (and specifically psychopathology) include Savage Spawn: Reflections on Violent Children. Most of his fictional stories feature the character of Alex Delaware, a child psychologist who consults for the police. He has also written several essays and children's books.