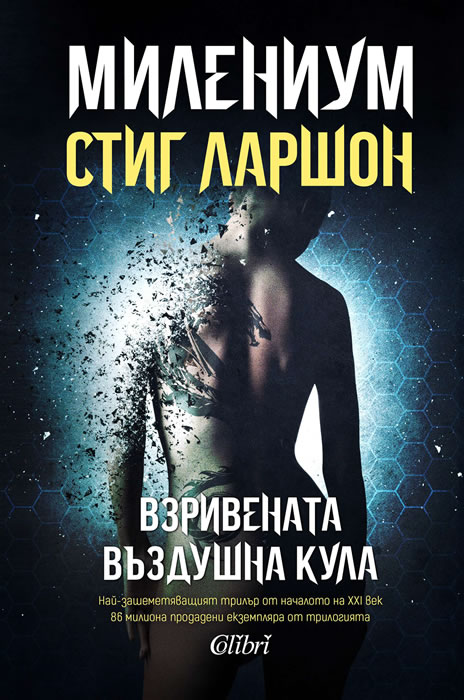 The Girl Who Kicked the Hornet's Nest: Book 3 of the Millennium Trilogy

"As the finale to Stieg Larsson's Millennium Trilogy, The Girl Who Kicked the Hornet's Nest is not content to merely match the adrenaline-charged pace that made international bestsellers out of The Girl with the Dragon Tattoo and The Girl Who Played with Fire. Instead, it roars with an explosive storyline that blows the doors off the series and announces that the very best has been saved for last. A familiar evil lies in wait for Lisbeth Salander, but this time, she must do more than confront the miscreants of her past; she must destroy them. Much to her chagrin, survival requires her to place a great deal of faith in journalist Mikael Blomkvist and trust his judgement when the stakes are highest. To reveal more of the plot would be criminal, as Larsson's mastery of the unexpected is why millions have fallen hard for his work. But rest assured that the odds are again stacked, the challenges personal, and the action fraught with neck-snapping revelations in this snarling conclusion to a thrilling triad. This closing chapter to the girl's pursuit of justice is guaranteed to leave readers both satisfied and saddened once the final page has been turned." - Dave Callanan

Before his career as a writer, Stieg Larsson was mostly known for his struggle against racism and right-wing extremism. In the middle of the 1980's he helped to start the anti-violence project "Stop the Racism". This was followed by the founding of the Expo-foundation in 1995, where later he became the executive. From 1999 he was appointed the chief editor of Expo, a magazine published by the organization Expo.

Stieg Larsson is the ultimate market phenomenon of the millennium literature – he turned into best-selling author overnight, posthumously. In 2008 he was the most read author in the world after Khaled Hosseini. By the middle of 2010 his “Millennium series” have sold more than 27 million copies in more than 40 countries. The Swedish journalist and writer, born in Skelleftehamn, had a remote lifestyle, living in the province with his grandparents, avidly reading science-fiction. Contrary to his literary inclinations, his breakthrough came with the now officially most famous crime fiction of our times – the Millennium series, manuscripts of three completed, yet unpublished, novels in series that he left at the time of his death (2004). A symbol of an unprecedented commercial success and textual brilliance, Stieg Larsson is more than symptomatic for the present Swedish wave of astounding cultural impact.