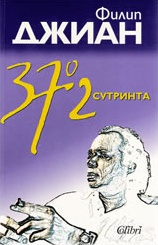 37,2 Degrees in the Morning

An odd patological love that doesn't consider time and condtions as meaningful factors. A game where the attempt to taim the other one pushes the participants beyond the limits and stands them in front of an abyss.