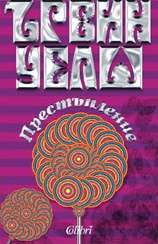 In "Crime" Irvine Welsh, one of the best Scottish writers nowadays, once again turns to his successful brand and in an inimitable manner combines the grim realism, satire and psychological perspicacity.

The book is the sequel to Irvine Welsh's earlier novel, "Filth".

After a strong emotional shock, Inspector Ray Lennox has been placed on a compulsory leave. He and his fiancee flew to Miami to take rest and to plan their wedding, but the journey turns into a nightmare from its beginning. Lennox takes antidepressants and strats drinking again, but things get out of control when he parties with some natives who relapse him into his old dependence – the cocaine. One of his new friends has a ten-year-old daughter, who is a target for an organized ring of pedophiles. Can Lennox protect the girl and rescue himself?