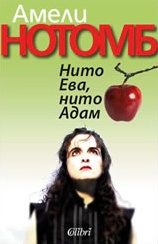 The novel "Tokyo Fiancee" is filled with other such cultural tidbits about Japan and the Japanese, but that is not all you should be reading this for, it is also a tale of sweet but largely unrequieted love between the author, a Francophone Belgian, visiting Japan to refresh her Japanese language skills and to teach French to Japanese students and Rinri a young Japanese man, totally in love with the French language and by extension, anyone who spoke la Francaise. To Rinri, being able to express himself in French gave him license to indulge his inadmissible feelings of love... something he couldn't have done in Japanese or to a Japanese woman as it is impolite in Japanese society to talk of love. In Japan, love is the stuff of literature, not real life.