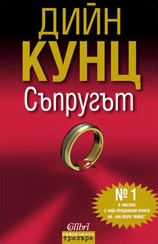 Mitch Rafferty, owner of a small landscaping business, receives a phone call from someone claiming to have kidnapped his wife Holly. The caller demands that Mitch pay two million dollars or Holly will be killed, and if he informs the police, Holly will be tortured and left to die. When Mitch protests that he doesn't have the money, the caller tells him that if he loves his wife enough, he will find a way. He is told to look across the street and witnesses a man walking his dog get shot in the head. The murder is meant to make Mitch believe that the kidnappers are serious and not individuals Mitch could disobey. Mitch also becomes aware that he is being watched and therefore cannot inform the police of Holly's kidnapping.