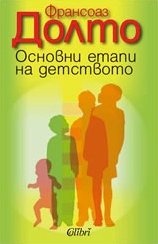 We must treat the child in the family as a guest of honour, says Dolto, always is important what we are saying to him. Every spoken or unspoken word is not harmless for child's development. The language, literal, builds his character. Words have the power to build, destroy, depress or cure the human being. These are the basic discoveries of Psychoanalysis, used in a remarkable manner in Pediatrics, Pedagogy and in the art to communicate with children.

Françoise Dolto (1908–1988) was a famous “doctor of child-rearing” known for her special insight into childhood, her sense of humor, and her unique talent for explaining psychoanalytic theory in simple terms. Dolto’s work significantly helped to change the status of children in modern society. By the time of her death, the versatile psychoanalyst had produced an abundant literature including theoretical texts for specialists and articles for the general public. All of Dolto’s writings, plus many unpublished texts and audio and video recordings made during her lectures and radio broadcasts, are now held at the Françoise Dolto Archives in Paris, France.

This site, open to internet users the world over in French, English, and Spanish, is designed to be a tool for everyone interested in Dolto’s theoretical and clinical research—parents, students, doctors, social workers, youth workers, and so on.

Along with a detailed biography of Dolto, the site contains an original album of photos. Under "Maisons Vertes", you’ll find a description and addresses of infant-and-parent "nurture centers". The site also features a list of documents held by the Archives, plus the latest news on publications, activities, and training based on Dolto’s work.

YOU Are the Change
Rossitsa Vakyvchieva

The Cause of Children
Françoise Dolto

Independent Child, or How to Become a Lazy Mother
Anna Bikova