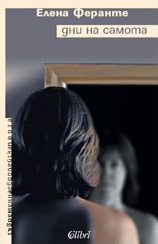 The Days of Abandonment

A national bestseller for almost an entire year, “The Days of Abandonment” shocked and captivated its Italian public when first published. It is the gripping story of a woman’s descent into devastating emptiness after being abandoned by her husband with two young children to care for. When she finds herself literally trapped within the four walls of their highrise apartment, she is forced to confront her ghosts, the potential loss of her own identity, and the possibility that life may never return to normal.

“Severe and rigorously unsentimental, packed full of passages written with dizzying intensity at a rare and acute pitch. Ferrante is at her best when her writing holds tight to those nagging, niggling obsessions that make up our mental landscapes.”