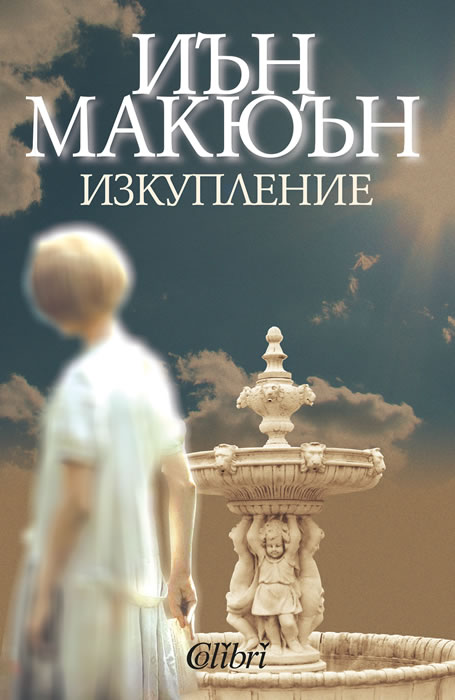 Set in 1935 England, this “New York Times” bestseller is enthralling in its depiction of childhood, love and war, England and class, making it a profound-- and profoundly moving--exploration of shame and forgiveness, of atonement and the difficulty of absolution.

On an English country estate in the jittery, gilded era between the two great wars, two young people stand in the summer’s heat, arguing by an ancient fountain. Cecilia is the daughter of the household, and Robbie is the cleaning woman’s son, a brilliant boy whose Cambridge education has been benevolently financed by Cecilia’s father. During their quarrel, the two manage to break a valuable porcelain vase, and in a fury largely engendered by her unacknowledged feelings for the young man, Cecilia strips off her clothes, leaps into the fountain and retrieves the fragments. It is a dazzling moment, full of beauty and ruin, lust and innocence, so highly charged that it’s no wonder Cecilia’s little sister, Briony, observing unseen from a window, feels a sense of menace. She concludes that Robbie has compelled her sister to do something shameful. This assumption, when combined with later events, brings disaster not simply to the two young people who are discovering themselves to be lovers, but to everyone else in the well-intentioned, prosperous family.

McEwan was born in Aldershot in England and spent much of his childhood in the East Asia, Germany and North Africa where his father, an officer in the army, was posted. He was educated at the University of Sussex and the University of East Anglia, where he was the first graduate of Malcolm Bradbury's pioneering creative writing course.

McEwan's works have earned him worldwide critical acclaim. Among the many litarary prizes are the Somerset Maugham Award in 1976 for his first collection of short stories "First Love, Last Rites"; Whitbread Novel Award (1987) and Prix Fémina Etranger (1993) for "The Child in Time"; and Germany's Shakespeare Prize in 1999. He has been shortlisted for the Booker Prize for Fiction three times, winning the award for "Amsterdam" in 1998. His novel "Atonement" received the WH Smith Literary Award (2002), National Book Critics' Circle Fiction Award (2003), Los Angeles Times Prize for Fiction (2003), and the Santiago Prize for the "European Novel" (2004). He is also a Fellow of the Royal Society of Literature, a Fellow of the Royal Society of Arts, and a Fellow of the American Academy of Arts and Sciences.

The 1997 novel “Enduring Love”, investigating the unsettling relationship between a science journalist and an obsessive stalker, made McEwan a pioneer setting the golden standard for the so-called neuronovel. “Atonement” (2001), turned quickly into an Oscar-winning movie, made him a global celebrity. Both commercially and critically acclaimed, Ian McEwan just won the Jerusalem Prize for the Freedom of the Individual in Society, a prize that validates him once again as a contemporary humanist, whose work still challenges the limits of our senses and sensibilities in this forever changing world.