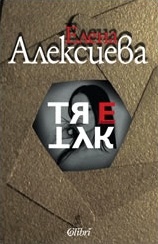 It’s wintertime. Philip, the protagonist in the story, slowly finds his way through the thick mountain woods to a small village, and, eventually, to his grandfather’s abandoned house. Someone is chasing him. Once in the house, he finds a dead man who conspicuously looks like Philip himself. Taking this as a sinister warning, Philip spends a nerve-racking night in the empty house.

Recollecting the events from a year ago, Philip traces back the way that has lead him here. At that time, he is photographer for a minor daily newspaper, divorced, living all by himself, and haunted by the futile ambition to become a ‘real’ investigative journalist. One day he is sent to cover an alleged suicide in a metro station. The victim is a young girl, presumably a university student, called Julia C. Philp, however, gets there too late: the metro station is cordoned off and the body already removed, with no trace whatsoever. The same night he is visited by another girl, Nina, introducing herself as Julia’s sister.

Failed photo reporter starts to investigate the suicide of a young woman in a metro station, as to gradually discover, that facts don’t fit the truth. Involved in the vague scheme of her death, some will pay with their identity, others – with their life. However, Julia C. is not dead. And she’s not alive, either.