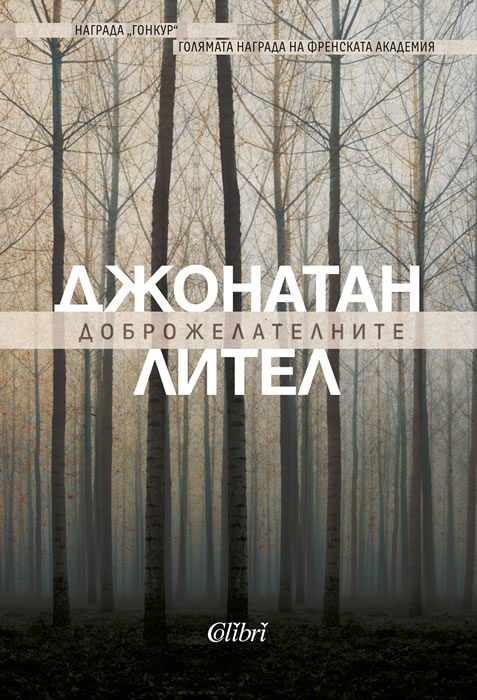 The Kindly Ones (French: Les Bienveillantes) is a historical fiction novel written in French by American-born author Jonathan Littell. The 900-page book became a bestseller in France and was widely discussed in newspapers, magazines, academic journals, books and seminars. It was also awarded two of the most prestigious French literary awards, the Grand Prix du roman de l'Académie française and the Prix Goncourt in 2006. As of December 2009 it has been translated into seventeen languages.

The book is narrated by protagonist Maximilien Aue, a former SS officer of French and German ancestry who helps the carrying out of massacres during the Holocaust, but in the end flees from Germany to start a new life in northern France. Aue is a witness of several of the major events of World War II. The beginning of the war finds him as a member of an Einsatzgruppe in Ukraine, during which he participates in the Babi Yar massacre. He is then sent to the Battle of Stalingrad, but survives. After a convalescence period in Berlin and a visit to France, he is designated for a managerial role for the concentration camps and visits both Auschwitz and Belzec extermination camps. He is present during the Battle of Berlin, Nazi Germany's last stand, where he even goes to the Führerbunker. By the end of the story, he leaves Germany unscathed. Throughout the book Aue meets several famous Nazis, including Adolf Eichmann, Heinrich Himmler and Adolf Hitler.

Johnatan Littell was born in a Jewish family that emigrated in the USA at the end of XIX century. His father was the writer Rober Littell. Johnatan Littell spet his childhood in France to study at the Yale university in the USA. Even though his family didn't live through the same fate as the other European Jewish pepole, he grew up with the spirit of that tragedy which became a main element of his writings. His childhood was marked by the Vietnam war. After three years in the university he traveled through different countries - fields of war at that moment taking part of the humanitarian association "Action" against the hunger. In 2001 he quited the assosiation to devote himself to writing.