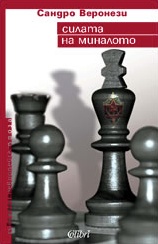 The Force of the Past

How well can we know anyone we are close to? That is the question the narrator Gianni Orzan strives to answer in Veronesi's prize-winning seventh novel and first English-language release. Mere weeks after Gianni's father is buried in contemporary Rome, Gianni, a writer of children's books, is confronted by a menacing cab driver who suggests that Gianni's father led a life of espionage. Is it possible his father was a KGB operative from 1945 to his death? And how does the cab driver know such intimate details about the family? Veronesi is far more concerned with Gianni's inner workings and self-doubt - his anguish at having been unable to get along with his father, his worries about his weaknesses as a writer and his distress at the prospect of his wife's infidelity-than with the suspense story underpinning his narrative. But Gianni's companionable voice, and Veronesi's talent for evoking the texture of everyday life in Rome ("outside, the friendly sounds... began to reemerge: an ambulance siren, warped by the Doppler effect, the monstrous roar of an accelerating motorcycle") give the novel a comfortable, conversational feel. The meandering interior monologues pose a challenge for the translator, who makes an admirable effort, but sometimes stumbles into poetic opacity-"The sun was slowly setting over the Janiculum, and the muezzin of abuse had struck up the same litany as the day before, with the same desperation as the day before"-and the secondary characters are mostly just grist for Gianni's musings. Nevertheless, this is a novel of low-key charms and roundabout pleasures.

Sandro Veronesi, born in Prato, Tuscany in 1959, is an Italian novelist, essayist, and journalist. After earning a degree in architecture at the University of Florence, he opted for a writing career in his mid to late twenties. Veronesi published his first book at the age of 25, a collection of poetry (Il resto del cielo, 1984) that has remained his only venture into verse writing. What followed since then includes five novels, three books of essays, one theatrical piece, numerous introductions to novels and collections of essays, interviews, screenplay, and television programs.