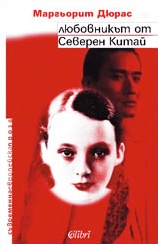 Far more daring and truthful than any of her other novels, The North China Lover is a fascinating retelling of the dramatic experiences of Duras’s adolescence that shaped her most famous work. Initially conceived as notes toward a screenplay for The Lover, this later novel, written toward the end of her life, emphasizes the tougher aspects of her youth in Indochina and possesses the intimate feel of a documentary.

Both shocking and enthralling, the story Duras tells is “so powerfully imagined (or remembered) that it... lingers like a strong perfume” (Publishers Weekly). Hailed by the French critics as a return to “the Duras of the great books and the great days”, it is a mature and complex rendering of a formative period in the author’s life.

She was born at Gia-Dinh, near Saigon, French Indochina (now Vietnam), after her parents responded to a campaign by the French government encouraging people to work in the colony.

At 17, Marguerite went to France, her parents' native country, where she began studying for a degree in mathematics. But she soon abandoned it in order to concentrate on political sciences, and law afterwards. After completing her studies, she became an active member of the PCF (the French Communist Party) and was engaged in the resistance.

She is the author of a great many novels, plays, films, interviews and short narratives, including her best-selling, apparently autobiographical work L'Amant (1984), translated into English as The Lover. This text won the Goncourt prize in 1984. The story of her adolescence also appears in three other forms: The Sea Wall, Eden Cinema and The North China Lover. A film version of The Lover, produced by Claude Berri, was released to great success in 1992.

Marguerite's adult life was somewhat difficult, despite her success as a writer. She was known for her periods of alcoholism. She died in Paris, aged 82 from throat cancer and is interred in the Cimetière du Montparnasse. Her tomb is marked simply 'MD'.