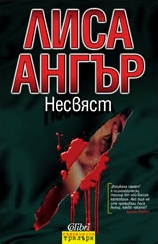 "Annie Powers leads the perfect life in Florida with her husband, Gray, and their four-year-old daughter in this stellar character-driven stand-alone from bestseller Unger (A Sliver of Truth). Less than a decade earlier, however, Annie was Ophelia March, the teenage captive—or accomplice—of spree killer Marlowe Geary. Gray, a partner in his father's private security consultant firm, tracked Marlowe and rescued Ophelia after sending the killer's car over a cliff. Reinventing herself with Gray's help, Annie can't remember all that happened during her years with Marlowe, and she's prone to panic attacks and blackouts. When a strange man appears on her property, Annie's sure Marlowe is back. As a shady police detective digs into her past, Annie must try to recover the memories she buried if she's ever going to be free from Marlowe. Unger expertly turns what could have been a routine serial-killer story into a haunting odyssey for Annie, dropping red herrings and clues along the way until the reader feels as unsettled as Annie."
—Publishers Weekly, starred review

Lisa Unger (born 1970 in Hartford, Connecticut) is a contemporary American author of literary thrillers. Her novels have been published in more than twenty-five countries.