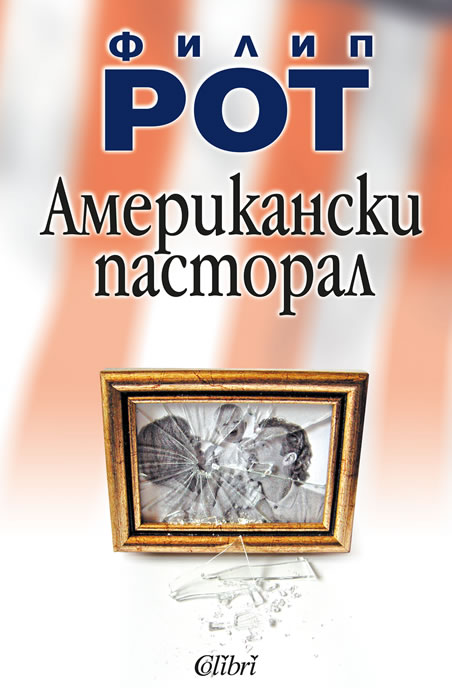 American Pastoral is a novel by Philip Roth telling about Seymour "Swede" Levov, a Jewish-American businessman and former high school athlete from Newark, New Jersey. Levov's happy and conventional upper middle class life is ruined by the domestic social and political turmoil of the 1960s, which is described in the novel as a manifestation of the "indigenous American berserk". The novel won the Pulitzer Prize in 1998 and was included in "All-TIME 100 Greatest Novels". The film rights for it were later optioned by Paramount Pictures. In 2006, it was one of the runners' up in the "What is the Greatest Work of American Fiction in the Last 25 years?" contest held by the New York Times Book Review.

The framing device employed in American Pastoral is a 45th high school reunion attended by frequent Roth alter-ego Nathan Zuckerman, who is the narrator. At the reunion, in 1995, Zuckerman meets former-classmate Jerry Levov who describes to him the tragic derailment of the life of his recently deceased older brother, Seymour "Swede" Levov. After Seymour's teenage daughter Merry set off a bomb in 1968 in protest against American involvement in the Vietnam War, killing a bystander, and subsequently went into hiding, Seymour Levov remained traumatized for the rest of his life. The rest of the novel consists of Zuckerman's posthumous recreation of Seymour Levov's life, based upon Jerry's revelation, a few newspaper clippings and Zuckerman's own impressions after two brief run-ins with "the Swede", in 1985 and shortly before his death. From these encounters, which take place early in the novel, we learn that Seymour has remarried and has three young sons, but Seymour's daughter Merry is never mentioned. In Zuckerman's re-imagining of Seymour's life this second marriage takes no part; it ends in 1973 with Watergate unrolling on TV while the previous lives of all the protagonists completely fall apart.

Roth grew up in the Weequahic neighborhood of Newark, New Jersey, as the second child of first-generation American parents, Jews of Galician descent. After graduating from high school at the age of 16, Roth went on to attend Bucknell University, where he joined Sigma Alpha Mu fraternity and got a degree in English. Then he pursued graduate studies at the University of Chicago, taking an M.A. in English literature and working afterwards briefly as an instructor at the university's writing program. Roth went on to teach creative writing at University of Iowa and Princeton University. He continued his teaching career at the University of Pennsylvania where he taught comparative literature before finally retiring in 1992.

It was during his Chicago stay that Roth met the novelist Saul Bellow, who briefly became his mentor, and Margaret Martinson, who eventually became his first wife. Though the two divorced in 1963, and Martinson died in a car crash in 1968, Roth's disfunctional marriage left an important mark on his literary output. Specifically, Martinson is the inspiration for female characters in several of Roth's novels, including Maureen Tarnopol in My Life As a Man, and, perhaps, Mary Jane Reed (a.k.a. "The Monkey") in Portnoy's Complaint.

Between the end of his studies and the publication of his first book in 1959, Roth served two years in the army and then wrote short fiction and criticism for various magazines, including movie reviews for The New Republic. His first book, Goodbye, Columbus, a novella and five short stories, won the prestigious National Book Award in 1960, and afterward he published two long, bleak novels, Letting Go and When She Was Good; it was not until the publication of his third novel, Portnoy's Complaint, in 1969 when Roth enjoyed widespread commercial and critical success.

During the 1970's Roth experimented in various modes, from the political satire Our Gang to the Kafkaesque fantasy The Breast. By the end of the decade, though, Roth had created his Nathan Zuckerman alter-ego. In a series of highly self-referential novels and novellas that followed between 1979-1986, Zuckerman appeared as either the main character or as an interlocutor.

Critics generally regard Roth's golden period as commencing with Operation Shylock and continuing to the present day. In 1995's comic masterpiece Sabbath's Theater, Roth presented his most lecherous protagonist yet in Mickey Sabbath, a disgraced aging former puppeteer. In complete contrast, the first volume of Roth's second Zuckerman trilogy, 1997's American Pastoral, focuses on the life of the virtuous Newark athletics star Swede Levov and the tragedy that befalls him when his teenage daughter transforms into a domestic terrorist during the late 1960s. I Married a Communist (1998) focuses on the McCarthy era; The Human Stain examines identity politics in 1990s America. The Dying Animal (2001) is a short novel on the subject of eros and death that revisits literary professor David Kepesh, protagonist of two 1970s works.

Philip Roth is arguably the most decorated American writer of his era. Two of his works of fiction have won the National Book Award; two others were finalists. Two have won National Book Critics Circle awards; again, another two were finalists. He has also won two PEN/Faulkner Awards and a Pulitzer Prize for Fiction for his 1997 novel, American Pastoral. In 2001, The Human Stain was awarded the United Kingdom's WH Smith Literary Award for the best book of the year. In 2002, he was awarded the National Book Foundation's Award for Distinguished Contribution to American Letters. Literary critic Harold Bloom has named him as one of the four major American novelists still at work, along with Thomas Pynchon, Don DeLillo, and Cormac McCarthy. His 2004 novel, The Plot Against America, won the Sidewise Award for Alternate History in 2005 as well as the Society of American Historians’ prize. Roth was also awarded the United Kingdom's W.H. Smith Award for the best book of the year, an award Roth has received twice. He was honored in his hometown in October, 2005 when then-Mayor Sharpe James presided over the unveiling of a street sign in Roth's name on the corner of Summit and Keer Avenues, where Roth lived for much of his childhood, a setting immortalized in The Plot Against America. A plaque on the house where the Roths lived was also unveiled. In May, 2006, he was given the PEN/Nabokov Award.

Events in Roth's personal life have sometimes been the subject of media scrutiny. According to his pseudo-confessional novel Operation Shylock (1993), Roth suffered a nervous breakdown in the late 1980s. In 1990, he married long-time companion and English actress Claire Bloom. In 1994 they separated, and in 1996 Bloom published an memoir, Leaving a Doll's House, which included a very detailed description of the couple's marriage from Bloom's point of view. The details in Bloom's memoir were unflattering to Roth.

Roth's 182-page novel, Everyman, a meditation on illness, desire, and death, was published in May 2006.

The May 21, 2006 issue of The New York Times Book Review, announced the results of a letter that was sent to what the publication described as "a couple of hundred prominent writers, critics, editors and other literary sages, asking them to please identify 'the single best work of American fiction published in the last 25 years.'" Of the 22 books cited, 6 of Roth's novels were selected: American Pastoral, The Counterlife, Operation Shylock, Sabbath's Theater, The Human Stain, and The Plot Against America. The accompanying essay, written by critic A.O. Scott, stated: "If we had asked for the single best writer of fiction of the past 25 years, he would have won."