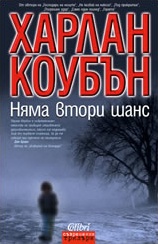 “Very few writers induce in their readers the kind of trancelike state, punctuated by frequent “wows,” that most of us associate with much-loved books from childhood. Coben can.” -- Booklist (starred review)

From New York Times bestselling author Harlan Coben comes an explosive novel about the love of a father, in a story where nothing is what it seems-and where hope and fear collide in the most surprising ways.

When the first bullet hit my chest, I thought of my daughter...

Marc Seidman awakens to find himself in an ICU, hooked up to an IV, his head swathed in bandages. Twelve days earlier, he had an enviable life as a successful surgeon, living in a peaceful suburban neighborhood with his beautiful wife and a baby he adored. Now he lies in a hospital bed, shot by an unseen assailant. His wife has been killed, and his six-month-old daughter, Tara, has vanished. But just when his world seems forever shattered, something arrives to give Marc new hope: a ransom note.

We are watching. If you contact the authorities, you will never see your daughter again. There will be no second chance.

The note is chilling, but Marc sees only one thing-he has the chance to save his daughter. He can't talk to the police or the FBI. He doesn't know who he can trust. And now the authorities are closing in on a new suspect: Marc himself. Mired in a deepening quicksand of deception and deadly secrets-about his wife, about an old love he's never forgotten, and about his own past-he clings to one, unwavering vow.to bring home Tara, at any cost. Both a white-knuckle thriller and an emotionally powerful tale about the loyalty of old friends and the bond between parent and child, No Second Chance is another masterpiece from an author who writes “suspense at its finest” (Jeffrey Deaver).