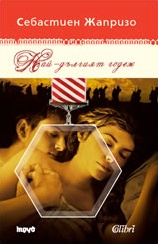 A Very Long Engagement is an antiwar novel that exposes the cruelty and horror of trench warfare, and the official lies and corruption that allowed atrocities to take place. The novel is also a detective story, as Mathilde unravels the mystery of what happened to the five men. Finally, the novel is a moving love story, which shows that love can endure even when war destroys everything else that is valuable.

Sébastien Japrisot (4 July 1931 – 4 March 2003) was a French author, screenwriter and film director, born in Marseille. His pseudonym was an anagram of Jean-Baptiste Rossi, his real name. Japrisot has been nicknamed "the Graham Greene of France".

Sébastien Japrisot made his mark as an author at seventeen, when his novel "Les Mal Partis" was published in France and America. An outstanding translations of J. D. Salinger's novels followed. He pursued a successful career in advertising and publicity.

In 1962, he had an intriguing idea for a crime novel. As he did not feel easy about his entry into this new field he used an anagram of his own name as his pseudonym. However, the reception of The 10.30 from Marseille left no one in doubt that a great crime writer had made his debut. The book was quickly made into a film by Costa-Gavras starring Yves Montand, Simone Signoret, Catherine Allégret, Jacques Perrin, etc.

His second mystery was "Trap for Cinderella". This won the Grand Prix de Littérature policière for 1963. The film starred Dany Carrel, and Madeleine Robinson.

He followed this with "The Lady in the Car with Glasses and a Gun", which won him a second major French award - Le Prix d'Honneur 1966. In England it won the Crime Writer's Association Silver Dagger awarded for the best Thriller published in the United Kingdom in 1968 by a foreign writer.

He was a scriptwriter and film director. One Deadly Summer was made into a film starring Isabelle Adjani. A Very Long Engagement was an international bestseller and won the Prix Interallié.