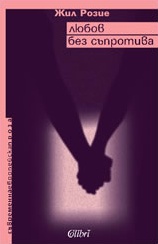 An exquisite novel about love, faith and the transforming power of language. With a passion for the limpid, crystalline prose of the great German writers, the narrator of Gilles Rozier's sublime novel lives, in other respects, on the fringes of life. A tutor in occupied France, it is the conjugation of verbs rather than the mystery of conjugal relations that comes naturally. Marriage was a duty. Language is a passion. But not, even remotely, the living language of love. That exists only in the literature devoured in the basement; the forbidden volumes of Heine, Mann and Rilke. Then Herman appears, awakening desire of the deepest sort. Impelled by adolescent memories, the narrator saves him, a Polish Jew, from the Germans. Hidden with the other secret, buried passions in the basement, Herman also shares them, unexpectedly devouring the literature of love. And so develops an extraordinary and shattering affair within which two bodies and two antagonistic languages, Yiddish and German, are magnetically attracted. Sparely told, compelling, and both morally precise and uncertain, Gilles Rozier's novel invites comparison with Bernhard Schlink's The Reader. An achingly beautiful exercise in emotional intelligence, it sees its protagonists wrestle with collective guilt, individual motivation and the power of words - words that are written, spoken and left unsaid.

Gilles Rozier was born in 1962 in Grenoble, France. His last book "Love without Resistence" has been translated in 12 different languages and makes his author one of the most talanted French writers. The critics declared the book as a great language achievement.