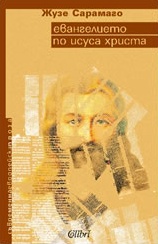 The Gospel According to Jesus Christ

The Gospel According to Jesus Christ (original title: O Evangelho Segundo Jesus Cristo) is a novel by the Portuguese author José Saramago. It is deemed to be very controversial, having been criticized by the Catholic church for blasphemy.