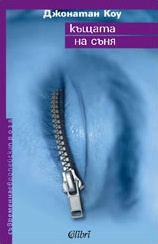 The House of Sleep

Jonathan Coe is up to his old tricks in The House of Sleep. Chapters are alternately set in June, 1996 and (largely) a period in 1983-4, a B-novel, The House of Sleep, figures in Coe's A-novel The House of Sleep, there is a fill of love, loss, and confusion, and a scene or two of obligatory farce. All neatly packaged, and by and large very well written.

Novelist Jonathan Coe was born in Birmingham in 1961. He was educated at Trinity College, Cambridge, and completed a Ph.D. on Henry Fielding's Tom Jones at Warwick University. He taught English Poetry at Warwick, subsequently working as a professional musician, writing music for jazz and cabaret. He also worked as a legal proofreader before becoming a freelance writer and journalist.

He is an author of several novels including The Dwarves of Death (1990), a cult murder story filmed as Five Seconds to Spare in 1999; the acclaimed What a Carve Up! (1994), a caustic satire of British life in the 1980s and winner of the Mail on Sunday/John Llewellyn Rhys Prize and the French Prix du Meilleur Livre Étranger (France); and The House of Sleep (1997), which won the Writers' Guild Award (Best Fiction) and the Prix Médicis Etranger (France) and recounts the adventures of a group of former university students, reunited at the mysterious cliff-top house where they used to live. The Rotters' Club (2001), is set in Birmingham during the 1970s and tells the story of a group of school friends working on the school magazine. It was adapted for BBC Television in 2005. A sequel, The Closed Circle, was published in 2004.