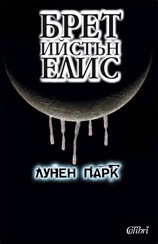 Imagine becoming a best-selling novelist, and almost immediately famous and wealthy, while still in college, and not after long seeing your insufferable father reduced to a bag of ashes in a safety-deposit box, while after American Psycho your celebrity drowns in a sea of vilification, booze, and drugs.

Then imagine having a second chance ten years later, as the Bret Easton Ellis of this remarkable novel is given, with a wife, children, and suburban sobriety - only to watch this new life shatter beyond recognition in a matter of days. At a fateful Halloween party he glimpses a disturbing (fictional) character driving a car identical to his late father's, his stepdaughter's doll violently "malfunctions," and their house undergoes bizarre transformations both within and without. Connecting these aberrations to graver events - a series of grotesque murders that no longer seem random and the epidemic disappearance of boys his son's age... Ellis struggles to defend his family against this escalating menace even as his wife, their therapists, and the police insist that his apprehensions are rooted instead in substance abuse and egomania.

Lunar Park confounds one expectation after another, passing through comedy and mounting horror, both psychological and supernatural, toward an astonishing resolution - about love and loss, fathers and sons - in what is surely the most powerfully original and deeply moving novel of an extraordinary career.

Bret Easton Ellis (born March 7, 1964 in Los Angeles, California) is an American author. He was regarded as one of the so-called literary Brat Pack, which also included Tama Janowitz and Jay McInerney. He has called himself a moralist, although he has often been pegged as a nihilist. His characters are young, generally vacuous people, who are aware of their depravity but choose to enjoy it. The novels are also linked by common, recurring characters, and dystopic locales (such as Los Angeles and New York).

While unapologetically playing with the petrifying distortion of the American dream at the end of last century, Bret Easton Ellis has become a living icon for the generation of the 90s worldwide. His twisted ways of mixing comedy and horror, ethics and degradation, luxury and misery, dreams and nightmares, have turned his literary works into some of the touchstones of contemporary pop culture. As self-assured and cocky as a L.A.-born can get, Ellis fiercely vivisects the life-style, values and mores of the USA through the astonishing fate of his “American Psycho’ protagonist Patrick Bateman – a literary scapegoat for all the avaricious, soulless investment bankers on Wall Street. His other works “Glamorama” (1998) and “Lunar Park” (2005) continue to dig into the abyss of postmodern society and its mindless desire factories. Bret Easton Ellis is definitely one of the most prominent authors of the Generation X, a prophet and a joker, who tells the unedited version of our times with an all-knowing wink and then invites you to enter the void.