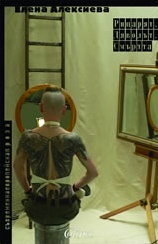 The Knight, the Devil and Death

The Knight, the Devil, and Death tells the story of a middle-aged man and his infatuation with a much younger woman, the ordinariness of the story, however, being used as a device to foreground the deep collision between real and unreal, loss and hope, cruelty and compassion. Behind the unraveling of a life which has long ago lost any sense of direction and belonging a number of stories begin to emerge, which come to the surface one more time before becoming forever lost in the imminence and obscurity of old age. The protagonist who spends his life as a private eye, delving into other people’s secrets and their commonplaceness, is finally forced to look into the dark corners of his own past and present. And who knows, may be in the analyst whom he is telling his story without actually confiding in her he will at last find his long lost daughter.

Knight, the Devil, and Death is a novel of absence and obliteration: from the absence of love to the loss of fatherhood, to the absence of self. It is a tale of the unlived which keeps reoccurring while the protagonist, on the verge of old age, seeks relief through becoming the hero of his own story, told to and by his psychoanalyst.

The novel is currently shortlisted for the two major annual literary awards in Bulgaria: the Helikon Prize for modern Bulgarian fiction, and the Vick Prize for novel of the year.