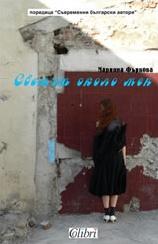 The World around Me

Mariana Farkova’s novel “The World around Me”, not awarded with any Bulgarian literary prize (which in some sense is a virtue) beats the records with the numerous publicity in “Literaturen vestnik”. No other Bulgarian novel had such notice on the pages of this avant-garde literary publication. At the book’s launching party in the Red house in Sofia, the literary critic Plamen Doinov defined it as “intellectual novel” and “as a meeting of the European intellectual prose written in Bulgarian”, very readable and inducing not only because of the “happenings” or “unhappenings” which “for a moment lift you from the ground despite of the depressing contemporary Bulgarian reality”. “The World around Me” has a uniquely curious construction defined by another writer and critic as “built on the principle of honeycomb – similar to the winner of the “Goncourt” – “Missing Person” by Patrick Modiano. The cells are filled with life, reflections, philosophy and create especially intimate mood of the story told in the first person. In defined moments some aspects remained of the best films of Jean Luc Godard. Maybe it’s not so strange that the novel is opening in a cinema and the book is checkered with film remarks and quotations. The heroine dreams of making the Bulgarian version of Woody Allen’s “Manhattan”, when meanwhile she collects the tickets from the audience and cleans after them.

Mariana Furkova is the author of the poetry collection "Gallows in My House" (1995), the prose work "My Fridays with Alexander Gerov" (1998) and the novel "The World around Me" (2007). Similarly, she is the compiler and editor of books dedicated to renowned Bulgarian authors among which Boris Delchev and his famous "Diary" and also two books about Ivan Peytchev - "Distant Propinquity" and "I Did Not Wait for the Autumn". Mariana Furkova is also a contributor in numerous newspapers and magazines.

The Children of the Dragon
Pavel Petkov