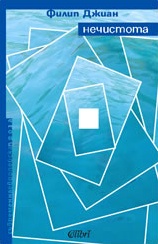 On a heel amongst marvellous forests and gardens in luxury houses live luxury people. It all seems splendid in this best of all impossible words but just on the surface. In the depths there are many tragedies - a woman is drown under unclarified conditions and her mysterious and tacid brother is probably involved in her death; their friends treat the melancholy with alcholol and drugs. On the other side, there are the parents - actors, writers, critics, ex- and current drug-addicts, a father that tries to seduce his son's girlfriend, mother trading sex for a movie part...