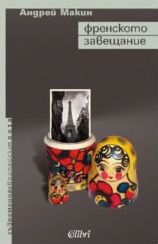 Dreams of My Russian Summers

Each summer, Andrei Makine's narrator and his sister leave the Soviet Union for the mythical land of France-Atlantis. That this country is a beautiful confabulation, a consolation existing only in his maternal grandmother's mind, makes it no less real. Though Charlotte Lemonnier lives in a town on the edge of the steppe, each night she journeys to a long-ago Paris, telling tales that the children then translate with their more Russian minds: "The president of the Republic was bound to have something Stalinesque about him in the portrait sketched by our imagination. Neuilly was peopled with kolkhozniks. And the slow emergence of Paris from the waters evoked a very Russian emotion--that of fleeting relief after one more historic cataclysm ..."

Makine's first novel is a singing tribute to the alchemy of inspiration, but it is no less familiar with the sorrows of reality. And it is only as he gets older that the narrator begins to piece together his grandmother's far more tragic past--her experiences in the Great War, the October Revolution, and after. Dreams of My Russian Summers is a love letter to an extraordinary woman (it's hard not to see the book as autobiographical) as well as to language and literature, which the boy turns to in avoidance of history's manipulations. It has all the marks of an instant classic.

Andreï Makine (born 1957) is a Russian-born French author. He was born in Krasnoyarsk, Russian SFSR, Soviet Union on 10 September 1957 and grew up in city of Penza, a provincial town about 440 miles south-east of Moscow. As a boy, having acquired familiarity with France and its language from his French-born grandmother (it is not certain whether Makine had a French grandmother; in later interviews he claimed to have learnt French from a friend), he wrote poems in both French and his native Russian.

In 1987, he went to France as member of teacher's exchange program and decided to stay. He was granted political asylum and was determined to make a living as a writer in French. However, Makine had to present his first manuscripts as translations from Russian to overcome publishers' skepticism that a newly arrived exile could write so fluently in a second language. After disappointing reactions to his first two novels, it took eight months to find a publisher for his fourth, "Le testament français". Finally published in 1995 in France, the novel became the first in history to win both the "Prix Goncourt" and the "Prix Medicis" plus the "Goncourt des Lycéens".