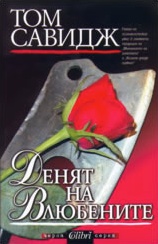 Though laden with gimmicks (murders that take place on St. Valentine's Day; a killer who slays by means of the ancient elements of fire, earth, wind and water), Savage's second thriller is a pleasurably crafty yarn, albeit not quite the puzzle box that his debut, Precipice, was. Bestselling mystery author Jillian Talbot is on top of the world: she has money, fame, a terrific lover, a baby on the way and a great best friend. Then she starts getting mysterious-and soon nasty-messages from an unknown "Valentine." Eventually, Jillian learns that she's being stalked by ex-college classmate Victor Dimorta, whose expulsion from Hartley College, prompted by a cruel Valentine's Day prank, sent him back to his abusive parents, whom he then killed. Now Victor is on parole from a mental hospital. After listening devices are found in Jillian's apartment, and after she finds out that the three women who pulled the prank-Victor mistakenly considers her a fourth-have each died or disappeared on the three preceding Valentine Days, she flees to a writers' retreat far out on Long Island. The subsequent bloody climax is a bit unlikely, but Savage tells his story smoothly-and the trail of red herrings he scatters as he does so is truly awesome.

Tom Savage (November 28, 1953) is a noted contemporary American painter based in California whose work appears in museum collections and has been exhibited in major cities throughout the United States. His abstract paintings and drawings take a historical cue from post-war European automatism and surrealism, and the influence those movements had on abstract expressionism.