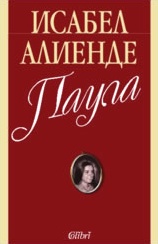 One of the most highly praised and widely read writers of fiction to come out of Latin America in this century, Isabel Allende has mesmerized readers throughout the world with her own blend of magical realism, politics, and romance. With Paula Allende has written a new tour de force, a powerful autobiography whose straightforward acceptance of the magical and spiritual worlds will remind readers of her first book, The House of the Spirits.

Paula is a soul-baring memoir, which like a novel of suspense, one reads without drawing a breath. The point of departure for these moving pages is a tragic personal experience. In December 1991, Isabel Allende's daughter, Paula, became gravely ill and shortly thereafter fell into a coma. During months in the hospital, the author began to write the story of her family for her unconscious daughter. In the telling, bizarre ancestors appear before our eyes; we hear both delightful and bitter childhood memories, amazing anecdotes of youthful years, the most intimate secrets passed along in whispers. Chile, Allende's native land, comes alive as well, with the turbulent history of the military coup of 1973, the ensuing dictatorship, and her family's years of exile.

As an exorcism of death, in these pages Isabel Allende explores the past and questions the gods. The result is a magical book that carries the reader from tears to laughter, from terror to sensuality and wisdom. The glorious characters of Allende's fiction - clairvoyants, revolutionaries, and most of all the questing woman who makes her way through storytelling - populate this autobiography, perhaps Allende's finest work, and certainly her most revealing. In Paula we understand that the miraculous world of The House of the Spirits and Eva Luna is the world Isabel Allende inhabits - it is her enchanted reality.