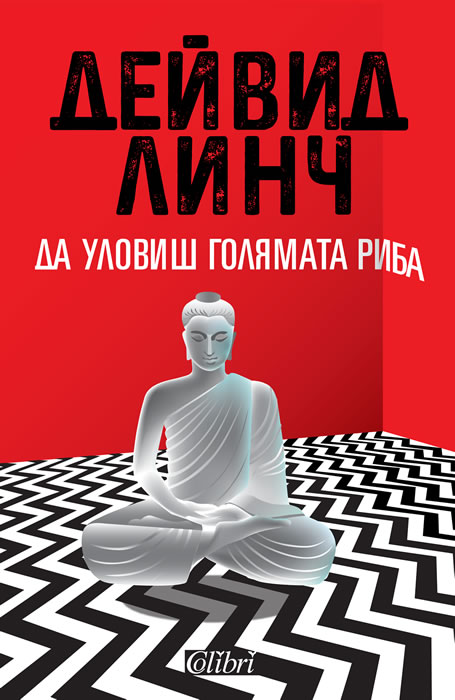 Lynch blends biography, filmography, spiritual quotes and his philosophical perspective on the life-changing capabilities of transcendental meditation, all within two and a half hours. Having practiced meditation for three decades, director Lynch discusses how it has influenced his life and helped him to concentrate on his energy. Listeners may catch glimpses of creativity and consciousness, but Lynch's rants lack cohesion and substance. Within the audiobook's short chapters, Lynch barely broaches a topic before moving onto the next, leaving listeners to question his emphasis to go "deep". The most interesting aspects arise out of his anecdotes and comments about his films, like Eraserhead and Blue Velvet. His dry rattling voice hints at the passion behind his statements, but more often comes across as insistent and almost whiny. He reminds listeners that authors do not always make the best voices for their books. However, on the sound production end, the lightly blowing wind for the quotes from the Upanishads and Sutras adds mystical air to their reading. It is unfortunate that neither his words nor his voice live up to that standard.

Categories
CelebritiesAutobiographiesCinema
About the Author

Born in 1946 in Missoula, Montana, David Lynch was raised in small town America. After high school, he went to Boston to attend the School of the Museum of Fine Arts. Shortly after that, he planned a 3 year trip to Europe to work on his art, but didn't take it and left after 15 days. In 1977, he released his first film Eraserhead (1977), which, although not critically acclaimed, was noticed by many people, including Francis Ford Coppola, who was rumored to have screenings of it for his cast and crew on the Apocalypse Now (1979) set. After a stream of visually stunning films such as Blue Velvet (1986), Lost Highway (1997) and Mulholland Dr. (2001). All these films, and a few more, beginning with Blue Velvet (1986), and including his Twin Peaks (1990) TV series, feature what has now been added to signature Lynch features, such as vibrant colors, the use of dreams and amazing montage to connect character thought and multiple emotions into one sequence. In addition to that, since Blue Velvet (1986), Lynch has gained the reputation of one of the foremost auteurs in the filmmaking industry, and one of the few living auteur's who continually defies both cinematic convention and the Hollywood curse. His films continually represent his ideal that films representing life should be complicated, and, in some cases and sequences, be inexplainable. I'm sure he knows why he puts the scenes and shots and props and cuts and effects and filters and lights and colors and actors and costumes and music in the scenes, but he'll never tell anyone else. For this reason, and due to the beautiful confusion of his films, he will always be recognized as one of the greatest filmmakers, one of the most original. Lynch is a creative master, and even if his films aren't necessarily realistic, they are real in their representation of what life is: a confusing, irrational series of random events that truly have little purpose, and one makes their own interpretation of every event, giving their life purpose personally. Lynch wants his films to resonate emotionally and instinctively, and for every person to relate and make their own understanding. As he said "Life is very, very confusing, and so films should be allowed to be, too". David Lynch is original. He has done things in filmmaking that D.W. Griffith did in his day. David Lynch will never stop making beauty on the screen.