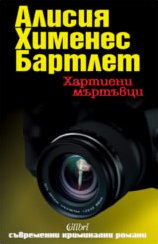 A detested television journalist specializing in muckraking has been murdered. Inspector Petra Delicado and her sentimental sidekick Garzón are thrown into the ruthless world of show business, high-society and belligerent celebrities, where public and private lives meet in an explosive and deadly mix. In this new installment in the Petra Delicado series, Alicia Giménez-Bartlett proves once more why she was recently named best female writer in Spain, and gives further evidence for the success of this series both in her native country and abroad.

Categories
Crime and ThrillersContemporary Crime Novels Series
About the Author

Alicia Giménez Bartlett was born in Almansa, Spain, in 1951 and has lived in Barcelona since 1975. After the enormous success of her first novels, she decided to leave her work as a teacher of Spanish literature, and to dedicate herself full-time to writing. In 1997, she was awarded the Feminino Lumen prize for the best female writer in Spain.

She subsequently launched her Petra Delicado series, quickly making her into one of Spain’s most popular and beloved crime writers.