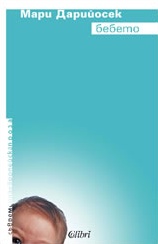 The book "The Baby" was released in 2002. Marie Darrieussecq had just given birth to her first child - a book that treats the "baby" as an object of study, a foreign body, and testifies to a desire to exhaust this subject which, for her, is as literary as any other. This book gives answers to many important questions every young mother asks.

While finishing her PhD in French literature, she wrote her first novel, "Truismes" ("Pig Tales"). After the success of "Truismes", Darrieussecq decided to quit her teaching position at the University of Lille to concentrate on writing her novels.

There are many recurrent themes in the works of Marie Darrieussecq. The essential theme in all her works is that of disappearance and absence. One also finds the theme of the ocean as "memory tank." And the most obvious theme is her choice to have a female main character. In all of the books that she has written, the protagonist is a woman. Another theme that is frequent in her writings is the question of identity and belonging. The importance of identity and belonging can be explained by her statement: "Writing for me is a humanism: it is about leaving one's skin and going toward the Other." She tries to find the real personality in her characters.

A further theme is a focus on the traumatic transformation of bodies and an exploration of psychological boundaries. Furthermore, Marie Darrieussecq’s books often include a mother-child relationship. Finally, the themes of metamorphosis and ghosts regularly come back in Darrieussecq's novels.