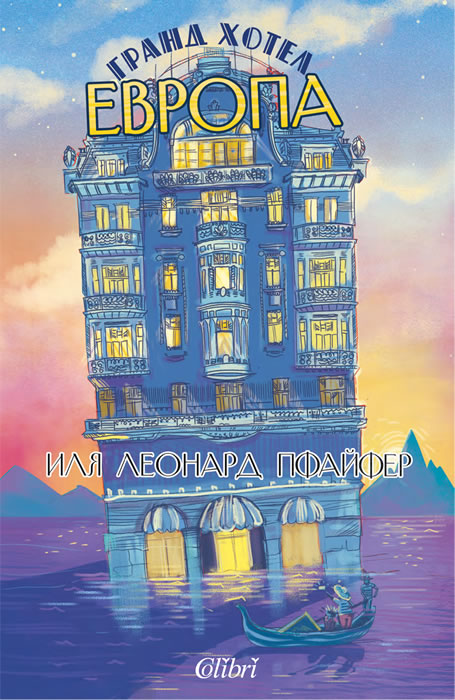 A sweeping, atmospheric novel about European identity, centered on a hotel that encapsulates the continent's manifold contradictions.

The love of my life lives in my past. Despite the alliteration it’s a terrible line to have to write. I don’t want to come to the conclusion, just as the hotel I’m staying in and the continent it is named after, that the best times are behind me and that I’ve little more to expect of the future than living off my past.

A writer takes up residence in the stately but decaying Grand Hotel Europa in order to contemplate where things went wrong with Clio ― an art historian and the love of his life. His recollections take him back to when they first met in Genoa, his wanton visits to her in Venice, and their dulcet trips to Malta, Palmaria, Portovenere, and the Cinque Terre in their thrilling search for the last painting made by Caravaggio. Meanwhile, he becomes fascinated by the mysteries of the Grand Hotel Europa and the memorably eccentric characters who inhabit it, all of whom seem to hail from a halcyon era. All the while, globalization is laying claim to even this place, where a sense of lost glory hangs sulkily in the air.

"Grand Hotel Europa" is Ilja Leonard Pfeijffer’s masterly novel of the old continent, where there's so much history that there hardly seems space left for a future. Cinematic, lyrical, and brimming with humor, this is a novel about the European condition, which like the staff and residents of the Grand Hotel Europa may have already seen its best days.

Ilja Leonard Pfeijffer is a poet and writer. Distinguished in nearly every genre imaginable, he is one of the most celebrated authors of the Dutch language and is recognized as one of the most compelling voices in contemporary Dutch literature. He has more than forty titles to his name, including poetry, novels, short stories, plays, essays, scientific studies, columns, translations and anthologies. Exhibiting a powerful style and classical command of form, his work has contributed to literary revival and growing engagement, both of which are explicitly expressed in his work as a columnist and television documentary maker as well.

Anyone seeking constants in his multifaceted work, apart from the intense imagery and musicality of his sentences and the suppleness of his style, will notice that, in much of his work, he is constantly exploring the tension between fact and fiction. Not only is this a form of literary playfulness, it is also as an investigation into the blurred boundaries between fantasy and reality, a fascinating and alarming sign of the times.

For Pfeijffer, the act of writing, storytelling and composing verse is never obscured into something that goes without saying. Like the architect of the Centre Pompidou in Paris, who installed the building’s infrastructure on the outside for all to see, he adheres more often than not to an explicit theme or motivation. This makes his work innovative, layered and treacherous.

Pfeijffer was born in 1968 in Rijswijk, near The Hague. He studied classics at Leiden University, where he earned his PhD in 1996 with a dissertation on the archaic Greek poet Pindar and worked as a researcher and teacher of Ancient Greek until 2004. In 2008, he moved to the northern Italian port city of Genoa, where he has lived and worked ever since.