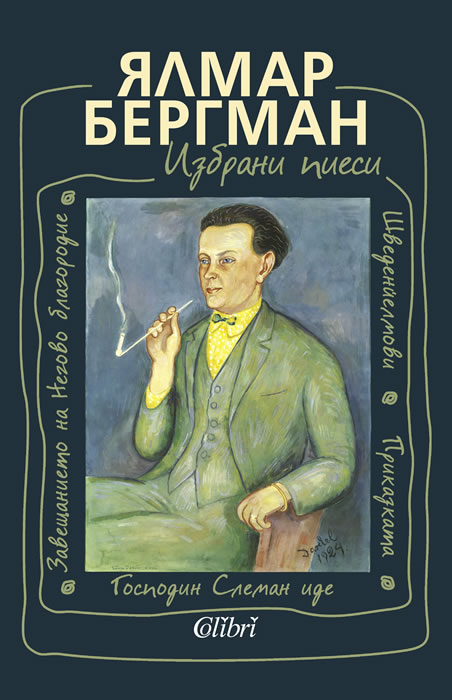 Hjalmar Bergman (1883-1931) is one of the classics of Swedish literature, the author of numerous novels and plays. Along with Selma Lagerlöf, he is also one of the first Swedish writers whose works were filmed.

Hjalmar Bergman (1883-1931) is considered Sweden's best playwright since August Strindberg (1849-1912). But even as a comedian he remains unsurpassed to this day and his plays continue to parade on Swedish stages.

Hjalmar Bergman left us forever at the age of 47, bequeathing us 30 theater plays, 10 radio plays, 30 film scripts and 23 novels.

Hjalmar Fredrik Elgérus Bergman, (1883-1931) is a Swedish dramatist, novelist, and short-story writer notable for his intense interest in psychological complexities. His first play, Maria, Jesu moder (1905), owes much to the literary ideas of the 1890s, but shows an original approach to the psychology of Christ and the Virgin Mary. His other early plays reveal the influence of Ibsen.

His most original contribution to drama was Marionettspel (1917, “Plays of Marionettes”), reflecting the same pessimism as his later novels. His amazing memory and powers of observation enabled Bergman to create out of his own experiences and out of oral traditions, a grotesque, fantastic, sombre, and yet moving world that was peculiarly his own, despite its real-life setting.

His play Swedenhielms (1925) is among the few living Swedish comedies and his dramatization of Markurells also has remained popular. Four of his plays (Markurells of Wadkoping, The Baron’s Will, Swedenhielms, and Mr. Sleeman Is Coming) were published in English translation in 1968.

He also wrote radio and film scripts. Fundamentally a pessimist, Bergman felt for all the weaknesses of man with an understanding pity irradiated by humour.