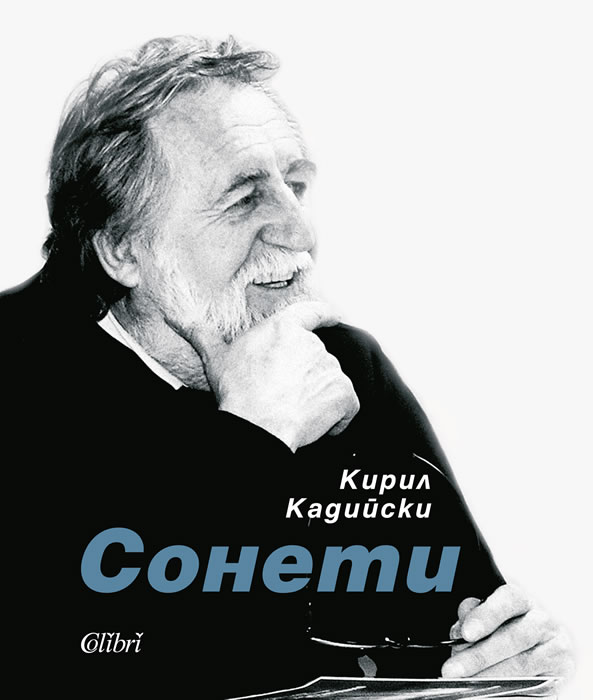 It can be said without exaggeration that in recent years Kiril Kadiiski has established himself as one of the masters of this genre in our poetry. The recognition of a fellow writer, Georgi Milanov, also an author of modern sonnets, is particularly important: "For me, the greatest master of sonnets in Bulgarian poetry is Kiril Kadiiski."

After two books entitled "Sonnets" (1999, 2012), in which he collected his sonnets over the years, Kadiiski now gives us this third, the largest in volume, complete collection of his sonnet work. The individual poems here sound in synergy and form an organic whole, which gains the scope of an impressive poetic work. Logically, a crown of sonnets also appears in this book - a peak that not every sonnet author dared to climb. And not only in Bulgarian poetry.

Kiril Kadiiski (1947) is a Bulgarian poet, essayist, translator, and an author of many books, including “Concerts in Heaven” (1979), “Rider Of Marble Horses” (1983), “Time of Sand” (1987), “Poems” (1995), “The Death of the White Swallow” (2001), “Green” (2002). He has translated from French the authors: Mallarme, Villon, Baudelaire, Verlaine, Rimbaud, Apollinaire, and from Russian: Tyutchev, Bunin, Block, Voloshin, Pasternak. Kadiiski is also the author of the only book with palindromes in the Bulgarian literature and of the poetry anthology “From Villon to Vian”.

The books authored by Kiril Kadiiski have been issued in France (nine books of poetry), Spain, Greece, Serbia, and Romania. His poems have been translated into English, German, Italian, Polish, Slovak, Hungarian, Russian, Belarusian, Ukrainian, Turkish and Macedonian.