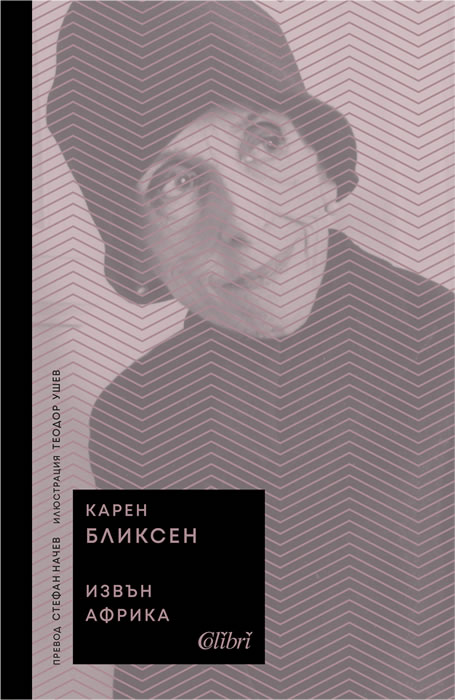 "Out of Africa" is Karen Blixen's memoir of her years in Africa, from 1914 to 1931, on a four-thousand-acre coffee plantation in the hills near Nairobi. She had come to Kenya from Denmark with her husband, and when they separated she stayed on to manage the farm by herself, visited frequently by the big-game hunter Denys Finch-Hatton, for whom she would make up stories "like Scheherazade."

In Africa, "I learned how to tell tales," she recalled many years later. "The natives have an ear still. I told stories constantly to them, all kinds." Her account of her African adventures, written after she had lost her beloved farm and returned to Denmark, is that of a master storyteller, a woman whom John Updike called "one of the most picturesque and flamboyant literary personalities of the century."

A 2007 poll of opinion in her native Denmark lists Karen Blixen as one of the most representative personalities in Danish history. She was several times nominated for the Nobel Prize in Literature. She wrote in English, after living on a coffee farm in Kenya from 1914 to 1931. She married her second cousin, Baron Bror Blixen of Sweden, thereby acquiring the title Baroness. Following their separation and divorce, she had a long affair with the safari hunter, Denys Finch Hatton, son of a titled English family.

In 1931, after losing the coffee farm in the Great Depression, Karen Blixen returned to Denmark and embarked on the writing career that lasted until her death in 1962. She was played by Meryl Streep in the 1985 film Out of Africa.

Karen Blixen [Isak Dinesen] can be compared with no other writers. Her voice was formed by her Scandinavian roots, and influenced by a wide variety of works of European literature. Her writing places emphasis on story, rather than characters, and on the philosophical understanding of personal identity. Her stories underline a fascination with the role of fate in controlling the lives of human beings.

She believed that a person's response to the vicissitudes of fate offers a possibility for heroism and, ultimately, for immortality.