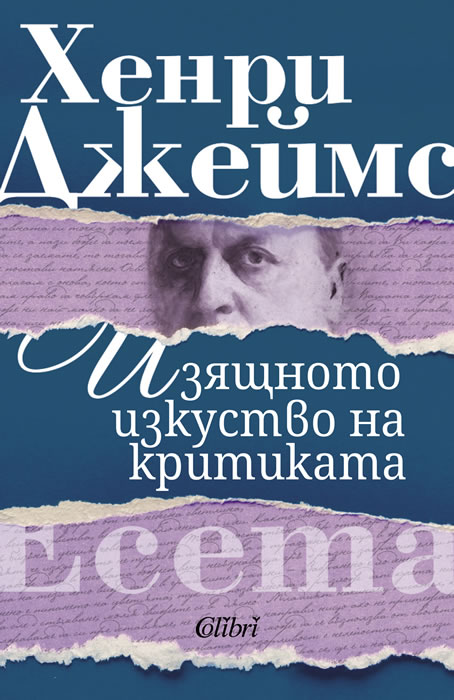 The Art of Criticism

Born in New York in 1843, but having spent most of his life overseas, and above all in England, where he died in 1916, Henry James left a huge creative legacy - twenty-one novels (including such masterpieces as "The Portrait of a Lady", "The Wings of the Dove", "The Ambassadors", "The Golden Bowl"), a large number of short stories and short stories, travelogues, autobiography, criticism, letters, notes and commentaries. The Bulgarian reader is familiar with some of his works of fiction, but here, in this collection, the critical mastery of this remarkable creator is presented for the first time in the Bulgarian language. Along with his most important literary-theoretical texts, first and foremost the famous seminal essay The Art of Fiction, the book also includes a series of critical portraits of writers whom James admired and some of whom he knew closely.

Some readers like the bright effervescent comedy of early Henry James, where the dialogue can remind you of Mozart; others the grave majesty of his late style - those sentences that seem to pulse with the very force of thought. His critics used to complain that he wrote too well, that his books weren’t the comfort food they were used to. Nowadays, of course, he seems like the voice of leisure itself, of a world with the time to look and think and linger.

Categories
Non-FictionEssays and Lectures
About the Author

Henry James, OM (15 April 1843 – 28 February 1916) was an American-born writer, regarded as one of the key figures of 19th-century literary realism. He was the son of Henry James, Sr., a clergyman, and the brother of philosopher and psychologist William James and diarist Alice James.

James spent the last 53 years of his life in England, becoming a British subject in 1915, one year before his death. He is primarily known for the series of novels in which he portrays the encounter of Americans with Europe and Europeans. His method of writing from the point of view of a character within a tale allows him to explore issues related to consciousness and perception, and his style in later works has been compared to impressionist painting.

James contributed significantly to literary criticism, particularly in his insistence that writers be allowed the greatest possible freedom in presenting their view of the world. James claimed that a text must first and foremost be realistic and contain a representation of life that is recognisable to its readers. Good novels, to James, show life in action and are, most importantly, interesting. The concept of a good or bad novel is judged solely upon whether the author is good or bad. His imaginative use of point of view, interior monologue and possibly unreliable narrators in his own novels and tales brought a new depth and interest to narrative fiction. An extraordinarily productive writer, in addition to his voluminous works of fiction he published articles and books of travel, biography, autobiography, and criticism, and wrote plays, some of which were performed during his lifetime with moderate success. His theatrical work is thought to have profoundly influenced his later novels and tales.