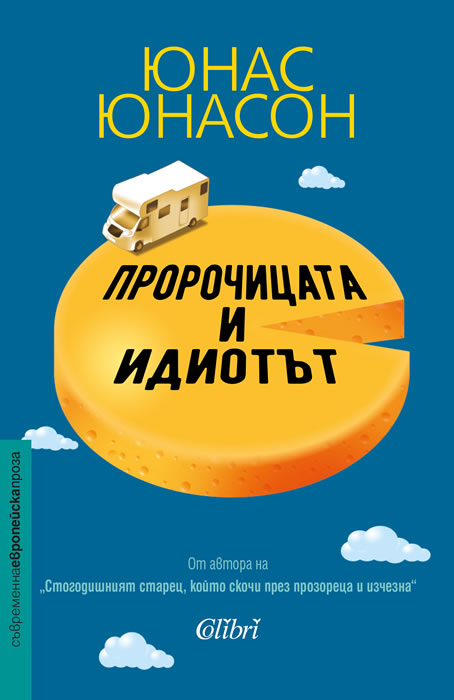 The Prophet and the Idiot

Sweden, late summer of 2011. Self-taught astrophysicist Petra has calculated that the atmosphere will collapse on the 21st of September that year, around 21.20 to be more precise, bringing about the end of times. Circumstances bring Petra the doomsday-prophet to meet Johan, a man who is somewhat lacking in the intelligence department, but who can turn simple food into gourmet cuisine, and Agnes, a widow of 75 who has made bank living a double life on social media as a young influencer. Together, the trio race through Europe in a camper van on their way to Rome as Johan plans to make the most out of the time he has left by finally standing up to his heinous big brother, promising to deliver a swift yet brutal blow, in more ways than one. But of course, nothing ever goes as planned. Not even the end of the world.

In his sixth novel, THE PROPHET AND THE IDIOT, Jonas Jonasson takes the reader on a dazzling road trip all over the globe - from Sweden, through Europe, across Africa, and all the way to the US. It's an immensely funny, socially conscious, and life-affirming story about what can happen when three odd yet fully reasonable characters come together and find reason to make mutual plans; all told in a classic Jonasson-esque manner.

In short: infotainment at its best!