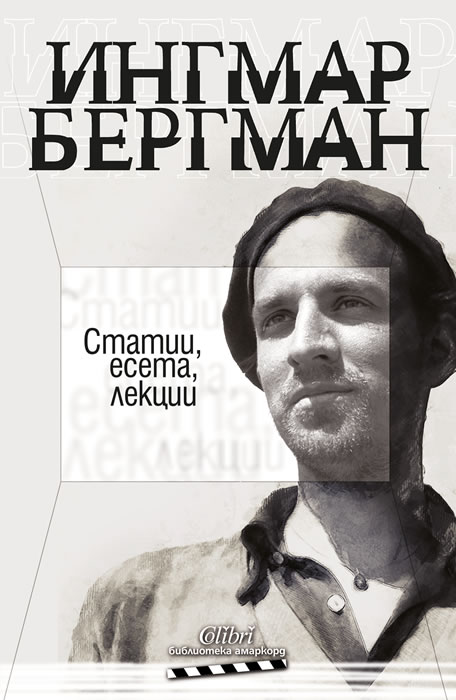 Swedish director and screenwriter Ingmar Bergman (1918-2007) worked for the theater for over 60 years, during which he staged 172 plays. He was director of theaters in Helsingborg, Gothenburg, Malmö, the Royal Drama Theater in Stockholm and the Residence Theater in Munich. His talent also took him to the cinema, where for 40 years he directed over 60 films for the big and small screen.

This collection covers almost his entire career, from his first steps in the shadow of World War II, to the 1990s, when he ended his work in cinema, but continued to work in theater. The texts have been written on a variety of occasions: some have been published in Swedish periodicals, which have turned to Bergman for comment on current issues, others have been written for theatrical brochures or used as prefaces to his screenplays. Also included are speeches of thanks from Bergman at various awards, as well as criticism of theater, cinema and literature. They are united by the handwriting and worldview of the director, who tirelessly studies human nature.

The texts reveal Bergman's views on art and his approach to his own work and depict an in-depth portrait of one of the most significant artists of the 20th century.

Ernst Ingmar Bergman was a nine-time Academy Award-nominated Swedish film, stage, and opera director. He depicted bleakness and despair as well as comedy and hope in his explorations of the human condition. He is recognized as one of the greatest and most influential filmmakers in cinematic history.

He directed 62 films, most of which he wrote, and directed over 170 plays. Some of his internationally known favorite actors were Liv Ullmann, Bibi Andersson, and Max von Sydow. Most of his films were set in the stark landscape of his native Sweden, and major themes were often bleak, dealing with death, illness, betrayal, and insanity.

Bergman was active for more than 60 years, but his career was seriously threatened in 1976 when he suspended a number of pending productions, closed his studios, and went into self-imposed exile in Germany for eight years following a botched criminal investigation for alleged income tax evasion.