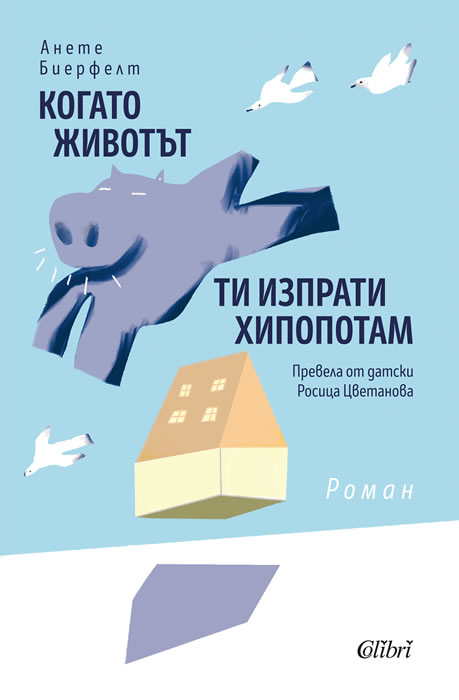 When Life Gives You Hippos

When Esther’s grandfather Hannibal purchases the house on Palermo Road on the Danish island of Amager in 1921, he envisions a home filled with opera, bohemians, and a love as intoxicating as the one outlined in the mighty Song of Salomon. But for his bride, the Russian contortionist Varinka, the age of miracles ended the moment she saw her first love disappear into the maws of a hippo. A hippo that, to add insult to injury, was supposed to have been an elephant, and the new star of her father’s circus.

Hannibal and Varinka’s daughter, the glamour-loving-and-possibly-psychic air stewardess Eva, finds a far more passionate love story when she falls for the Swedish pigeon-tamer Jan Gustav. Hannibal’s quest for love and artistry is then passed on to his grandchildren, the twins Esther and Olga, who both compete for the epithet of the young artist of the family. The twins’ older sister Filippa is meanwhile more preoccupied with becoming the first female cosmonaut, before illness claims her life.

When Life Gives You Hippos is a life-affirming and unforgettable novel about the pursuit of the Love of the Century. About enduring great loss and giving it another chance anyway. A saga told through the eyes of the timid painter Esther, When Life Gives You Hippos follows three generations living under the same roof, with touchdowns in the Parisian opera scene and the Circus Sowalskaja on the outskirts of St Petersburg.

Shortlisted for the Martha Award Denmark 2021

Annette Bjergfeldt (b.1961) is a Danish creative virtuoso. Besides writing bestselling fiction, she’s an award-winning and Grammy-nominated singer-songwriter and recording artist with six albums under her belt, a colorist painter, and a renowned songwriting coach. She often holds songwriting sessions in local prisons and for children with disabilities. Her knack for storytelling was cultivated when she toured the US for four years and entertained the crowds with tales in between songs. Now, her musical flair shines through in her melodious and lyrical prose.

Her acclaimed debut When Life Gives You Hippos has taken readers and critics alike by storm. This enchanting family saga with elements of magical realism, set against the backdrop of 20th century Europe’s culture scene, is an impassioned declaration of love to art and music.