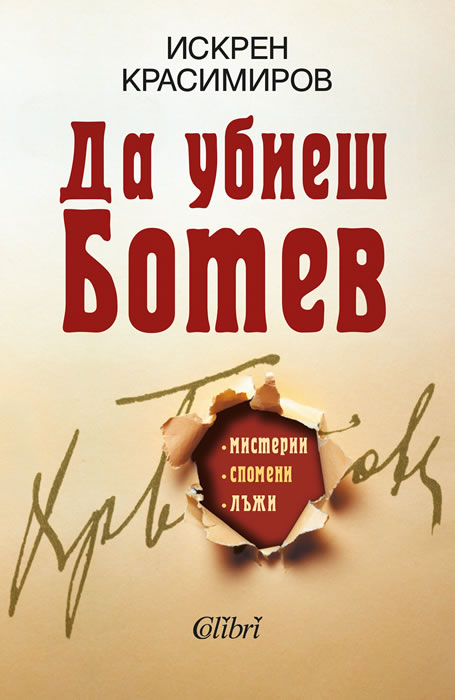 Who, how and under what circumstances had killed the voivode Hristo Botev? For a century and a half, this painful question for our historical memory has not found its clear and definite answer.

The available evidence is collected, arranged and interpreted in the book, leading to the claim that Hristo Botev was killed by his own rebels. The main arguments are focused on the contradictions in the memories of the "eyewitnesses" and the silence of important witnesses. Surprising in the author's version is that Botev's death is seen as part of a series of murders of members of his detachment's headquarters, committed with similar motives and according to the same scheme.

A bold and provocative attempt to solve the mysteries surrounding the tragic fate of Botev's detachment in the Vratsa Balkans, to reconstruct and interpret the events through the means of a real criminal investigation.

Iskren Krasimirov has a doctorate in film studies and film art (NBU) and a master's degree in history (Sofia University). He is the founder of the project "Unforgettable Bulgaria". He is the author of over 20 historical feature films. "To kill Botev. Mysteries, Memories, Lies" is his debut book.